Get fresh music recommendations delivered to your inbox every Friday.

Taking the Dog for a Walk 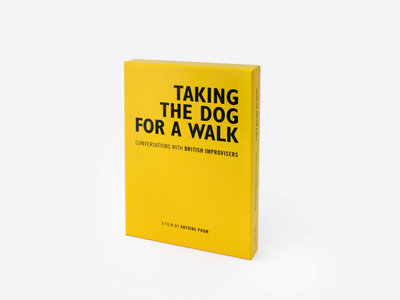 
Taking the Dog for a Walk maps the scene of British Improvisers, past and present, retracing the road that led from its emergence and emancipation in the 1960s to the recent (albeit small) surge in popularity as talented new players and dynamic venues are coming to the fore.

In his search for the ‘Britishness’ of British Free Improvised Music, Prum is assisted by bass sax player Tony Bevan and stand-up comedian Stewart Lee, who talk to musicians from different generations and backgrounds to uncover the specifics of a genre that refutes the very notion of genre. Alternating with extended live music sequences, the conversations gravitate around the idiosyncrasies of improvisation, from playing in front of the proverbial ‘four men and a dog’ to pursuing a career in a milieu where success is not measured by mainstream criteria.

ships out within 7 days

NI VU NI CONNU is an independent film production company and record label based in Luxemburg.